Cllr Tashi Bhutia sadly passed away on Tuesday 6 July 2021. We are inviting you to send messages of condolence, details of which are set out below.

He always put his family and community first. He had a voracious sense of humour and was always seeking to help and support those around him.

Cllr Bhutia had a keen interest in regeneration and served as a member of the Regeneration, Culture and Environment Overview and Scrutiny Committee throughout his time as a councillor. He also served as Vice Chairman of the committee from 2015.

He served on the Health and Adult Social Care Overview Community between 2010 and 2011. From 2015, he served on the Licensing and Safety Committee, and on the Planning Committee from 2016.

Cllr Bhutia was a Trustee Director of the Medway Diversity Forum, and a Trustee of the Buddhist Community Centre, Kent.

In addition, he served as an advisor to the Gurkha Nepalese Community, helping families settle into the Medway community and raised money for the Nepalese Earthquake Appeal. He also acted as a Chatham Charities trustee working on various projects, and supported residents, bringing benefit to the community.

To send a message of condolence email members@medway.gov.uk. 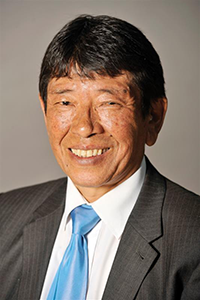