Millions of pounds could be poured into better connecting communities across Gillingham if a proposed joint bid by the council and Peel L&P to the Government’s Levelling Up Fund is successful.

Chatham has already sourced support for major improvements, worth £14.4m, at three historic landmarks - The Brook Theatre, The Docking Station and The Fitted Rigging House at The Historic Dockyard - from Round 1 of the Levelling Up Fund.

We are now setting our sights on a share of funding from Round 2 of the Levelling Up Fund to invest in Gillingham with an innovative project to promote. 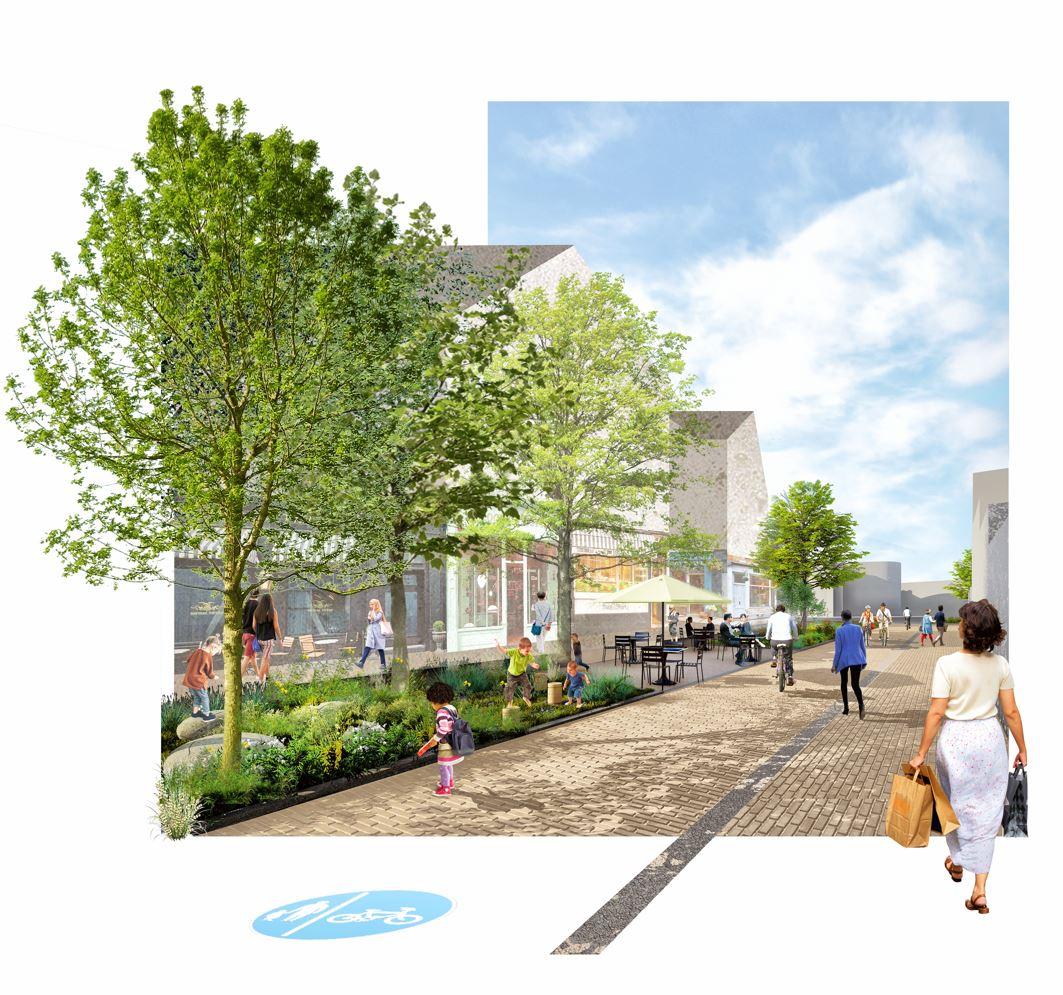 The project - Gillingham Open Lines – would see a series of improvements across Gillingham that would include new routes for walking and cycling, improvements to the High Street, the creation of new spaces for families to enjoy, improvements to air quality, creation of better access to the waterfront all helping to improve footfall to the town centre and make Gillingham a better place. This includes initial plans drawn up by Peel L&P creating a 1.4km pedestrian and cycle route between Chatham Waters and town centre, using the disused railway line. This would improve access to Gillingham railway station, the town centre and open-up a greener travel option.

Residents, workers, students, community groups and visitors of Gillingham are all encouraged to have their say on potential improvements to connect communities and promote active travel, climate change and child-friendly Medway to help strengthen Medway’s bid to government.

​Get involved with early discussions

Leader of Medway Council, Cllr Alan Jarrett, said: “The government’s Levelling Up Fund aims to restore the pride people feel in the places they call home and protect culture and heritage. We know improvements could be made and with the public’s support, the council plans to work with Peel L&P to bid for funding for Gillingham. Following the council’s successful bid for Chatham, I really hope communities across Gillingham get involved with the early discussions to help the council strengthen its bid to government.

“The initial plans hope to improve the journey into Gillingham town centre, as well as promote green travel and improve everyday life. This bid and proposed project will also support our ambitious and ongoing regeneration plans for Gillingham town centre to increase footfall and boost the local economy.”

Peel L&P has been investing in Medway for over a decade at its Chatham Waters mix-used development and is proud to play a part in this joint bid for funding to support further enhancements to the area.

The proposed plans for ‘The Greenway’ route, which forms a key part of the wider Gillingham Open Lines scheme, would transform the disused former railway line into a health and wellbeing corridor. The Greenway would be an active travel path, connecting Chatham Waters’ residents and workers, the University Technical College and several university campuses with Gillingham railway station, allowing 20,000 students to be within 45 minutes of London.

​Creating great places and opening up safe and secure routes

James Whittaker, Executive Director at Peel L&P said: “We are pleased to be working in partnership with Medway Council on this bid to deliver a transformational and impactful opportunity for the Gillingham community. Sustainable connectivity is fundamental to creating great places and opening up safe and secure routes for local people to reach by bike or foot is something we are passionate about and have a vast amount of experience in.”

Connecting communities in Gillingham – get involved!

From Monday, 30 May 2022, the public can respond to an online survey and we will also be holding public engagement events in various locations across Gillingham, including at Gillingham Library and Medway Park sports centre.

The public’s feedback will help strengthen the bid for funding, which will be submitted in the summer. If our bid for funding to make improvements in Gillingham is successful, the public will have the opportunity to take part in a full consultation on more detailed plans at a later date.