The Chatham Historic Dockyard Trust (CHDT) and Chatham Branch of the Royal Naval Association (RNA) have been granted the highest civic distinction, the Freedom of Medway.

At a Special Council meeting last night (Thursday, 21 July) councillors agreed to award honorary freedom of the borough to both charities to recognise the contribution their members made to the Falklands conflict, 40 years ago.

The honorary freedom of the borough is the highest civic distinction that can be given to individuals or collective bodies in recognition of outstanding service or civic association, ensuring that their memory is maintained within the community. 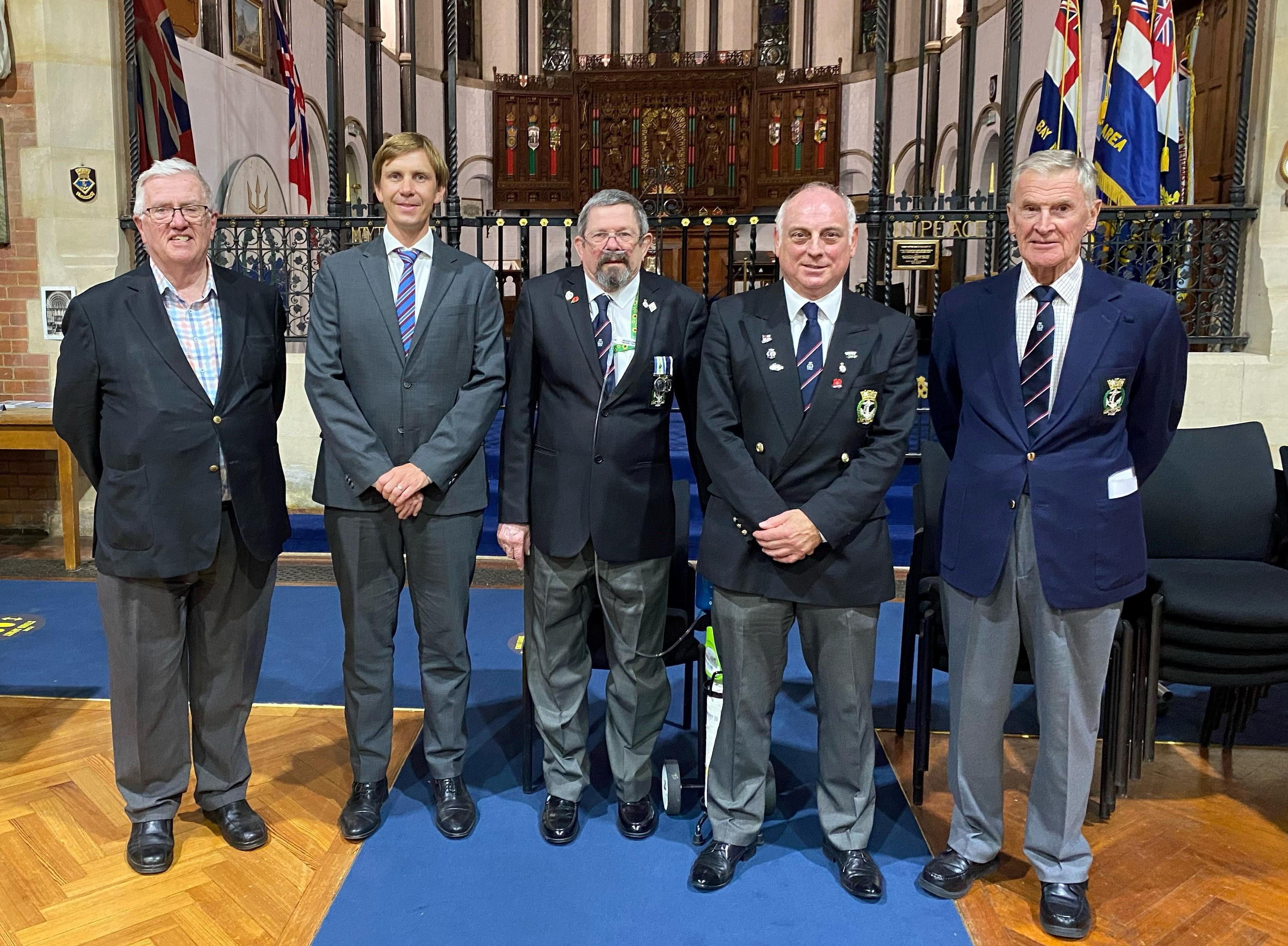 The CHDT has been awarded Freedom of Medway on behalf of the dockyard workforce in recognition of their service.

The Royal Naval Association provides social activities and welfare services to all serving naval personnel and veterans, including reservists, and their dependants. It is the biggest collective group of the Royal Naval veterans and serving personnel and provides access to a lifelong community of companionship, resilience, comradeship and unity.

The Chatham branch currently has 75 members, three of which served during the Falklands Conflict, two on HMS Invincible and one on HMS Penelope. The branch has attended local services to pay tribute to, and remember, the 255 British personnel who died during the conflict including members of the British Army, Royal Marines Royal Air Force and the Parachute Regiment, and the Merchant Navy.

Deputy Leader of Medway Council, and Armed Forces Champion, Cllr Howard Doe, said: “It is an honour to award Freedom of Medway to two charities associated with Medway’s naval history. We are incredibly proud of Medway’s rich military history and the Royal Navy has a special place in the memories, and hearts, of Medway’s residents. On behalf of Medway, granting the Freedom of Medway to them cements the longstanding bond of friendship and respect, and expresses our thanks for their service.”

Extremely proud to have been given this prestigious award

Dennis Potter, Chatham RNA's welfare officer, said: “We would like to thank Medway Council for granting the RNA Chatham Freedom of the Borough. We are an association which prides ourselves in its core values of unity, loyalty, patriotism and camaraderie and are extremely proud to have been given this prestigious award. We accept it with pride on behalf of all men and women who have served, are currently serving, and to those who paid the ultimate sacrifice throughout the years.”

Chatham dockyard played a significant role in the Falklands War

Admiral Sir Trevor Soar KCB OBE DL, Chair, Chatham Historic Dockyard Trust said: “Chatham Historic Dockyard Trust is incredibly honoured to receive the prestigious Freedom of Medway distinction on behalf of the former dockyard workforce. Chatham dockyard played such a significant role in the Falklands War but its story is often overshadowed. This year we have used the 40th anniversary to highlight Chatham’s role in the conflict, particularly focussing on how the dockyard and its workforce actively worked around the clock to prepare and support the Royal Navy. Being awarded this distinction formally recognises, at the very highest possible level, all those former workers who played such a significant part in support of the Royal Navy.”

A formal ceremony, to present the Freedom scrolls to the Chatham Historic Dockyard Trust and the Chatham Branch of the Royal Naval Association, is due to be held later this year.