Charles Dickens was 5 years old when his family moved from Portsmouth to No. 2 (now 11) Ordnance Terrace. His father probably saw the advert for this property in the Kentish Gazette during April 1817, but rented rather than purchased the property.

Dickens passed some of the happiest years of his life in this house with his family. According to Robert Langton this terrace and its local characters featured in some of the early Sketches by Boz. For example, The Old Lady was Mrs Newman from No. 5 Ordnance Terrace and Dickens’ sweetheart, Lucy Stronghill, was his inspiration for Golden Lucy in The Wreck of the Golden Mary.

Mary Weller was a servant to the Dickens family and recollected many years later: "Now, Mary, clear the kitchen, we are going to have such a game,” and then George Stronghill would come with his Magic Lantern, and they would sing, recite, and perform parts of plays. 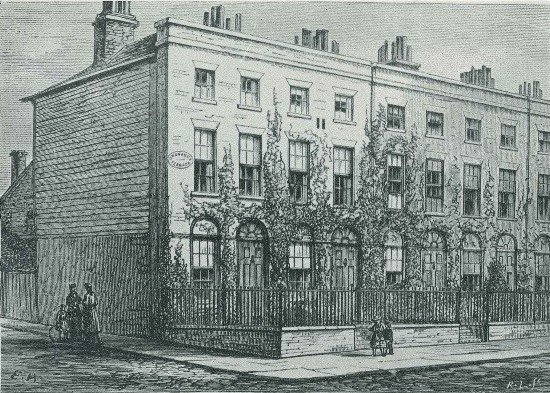