Apologies if you’re having difficulties getting through today. You may find what you need here.

The Mitre Inn is located in Chatham High Street and is owned by John Tribe. It was a favourite place of entertainment for Charles Dickens and his sister Fanny as children.

The Inn was the focal point of the Dickens’ family social life. John Tribe junior recollected that Charles would sing ’in a clear treble voice’ and together with his sister performed duets at parties mounted on a dining table for a stage. One of Charles Dickens' favourite renditions were sea songs.

There was an inn in the Cathedral Town where I went to school, that had pleasanter recollections...The Mitre...and a bar, that seemed to be the next best thing to a bishopric, it was so snug. I loved the landlord’s youngest daughter to distraction...It was in this inn that I was cried over by my rosy little sister, because I had acquired a black eye in a fight. And though she had been, that holly-tree night, for many a long year where all tears are dried, the Mitre softened me yet. 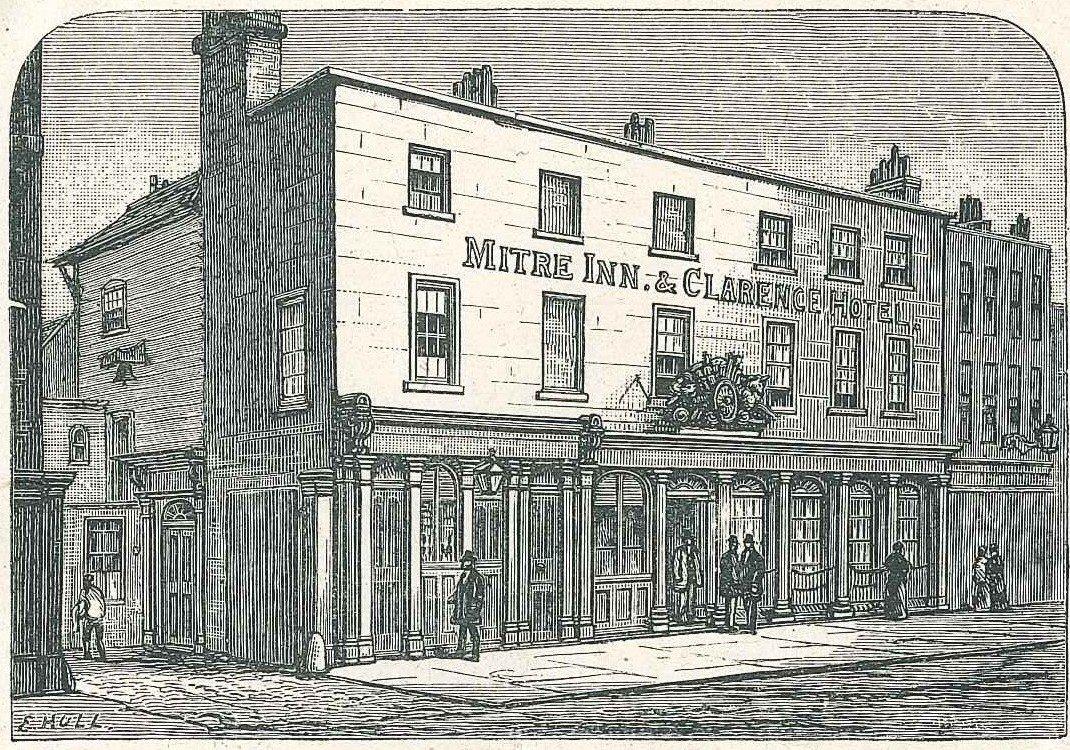