...towards the close of his life Charles Dickens seems to have been more frequently in the immediate precincts of the cathedral than ever before; this may very probably have been in order to make a closer study of its surroundings, for use as the story (Edwin Drood) developed itself.

The apparitor of the cathedral (the Mr Tope of the tale) says:- “he often saw Mr Dickens about the cathedral during the last few months of his life; and for some time he took no particular notice of him, not knowing who he was.”

Excerpt from Edwin Drood written by Charles Dickens shortly before his death:

A brilliant morning shines on the old city. Its antiquities and ruins are surpassingly beautiful, with the lusty ivy gleaming in the sun, and the rich trees waving in the balmy air. Changes of glorious light from moving boughs, songs of birds, scents from gardens, woods, and fields—or rather, from the one great garden of the whole cultivated island in its yielding time—penetrate into the cathedral, subdue its earthly odour, and preach the Resurrection and the Life.

The cold stone tombs of centuries ago grow warm; and flecks of brightness dart into the sternest marble corners of the building, fluttering there like wings. 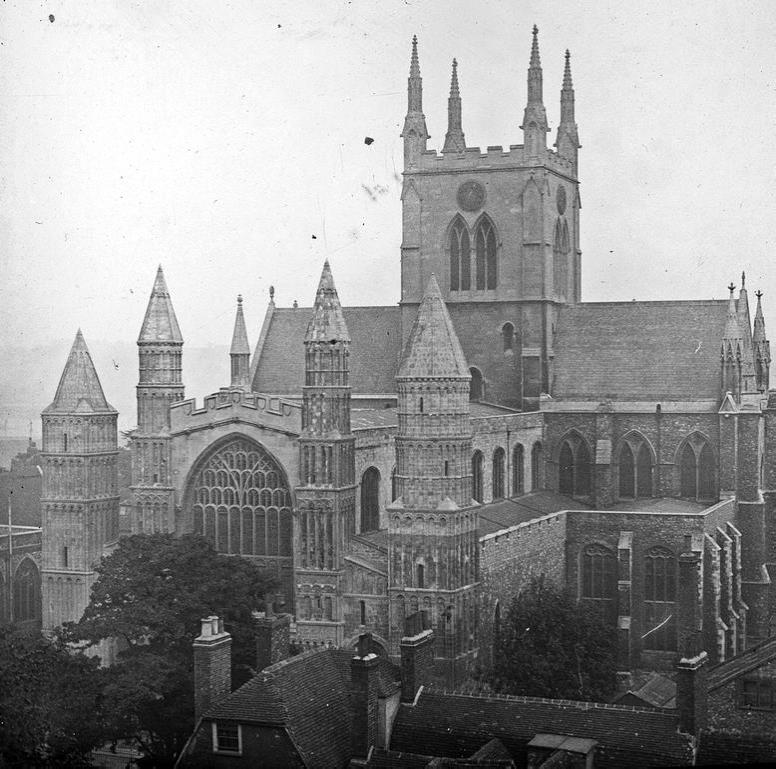