The aim of the Poor Law

From the late 16th century the poor in Rochester received aid from the Richard Watts Charity.

In his will he stated:

"Hempe, Flaxe, Yarne, wool and other necessarie stuffe be provided to sette the poore of the said cittie to worke….and for the further reliefe of such as be poor and impotent.’’

By the early 18th century, poor or work houses were common.

The Knatchbull Act of 1723 allowed people to rent buildings to be used as work or poor houses. Frindsbury parish started it's search for a property to lodge the lame and infirm in the same year.

By 1725, parish workhouses were built in:

Caleb Parfect, vicar of Strood and the instigator of Strood workhouse wrote:

"This workhouse will prove an happy expedient to bring all idle people to such an habit of industry, that there will not be a beggar bred in the Parish…The regular life in this House, with an easie, moderate, and honest labour, and religious instruction, will even make it a nursery and school of industry and virtue"

Quote from "The Two Gentlemen of Strood" by Odette Buchanan.

Borrow The Two Gentlemen of Strood from a Medway library.

The Poor Law Amendment Act of 1834 meant that the newly formed unions were now responsible for the poor. This ended the old system of parishes providing relief to the poor.

Every union had it's own workhouse. A master and matron ran the workhouse along with other staff such as porters and teachers.

The workhouse inmates would include:

This made it very hard for the staff to cater to the needs of everyone. As medical knowledge grew, some of the groups were removed from the workhouses. They received special care in hospitals and asylums.

Workhouses became an important place as a hospital for the poorest of society.

To find out more about the workhouses, visit the Kent Workhouse website. 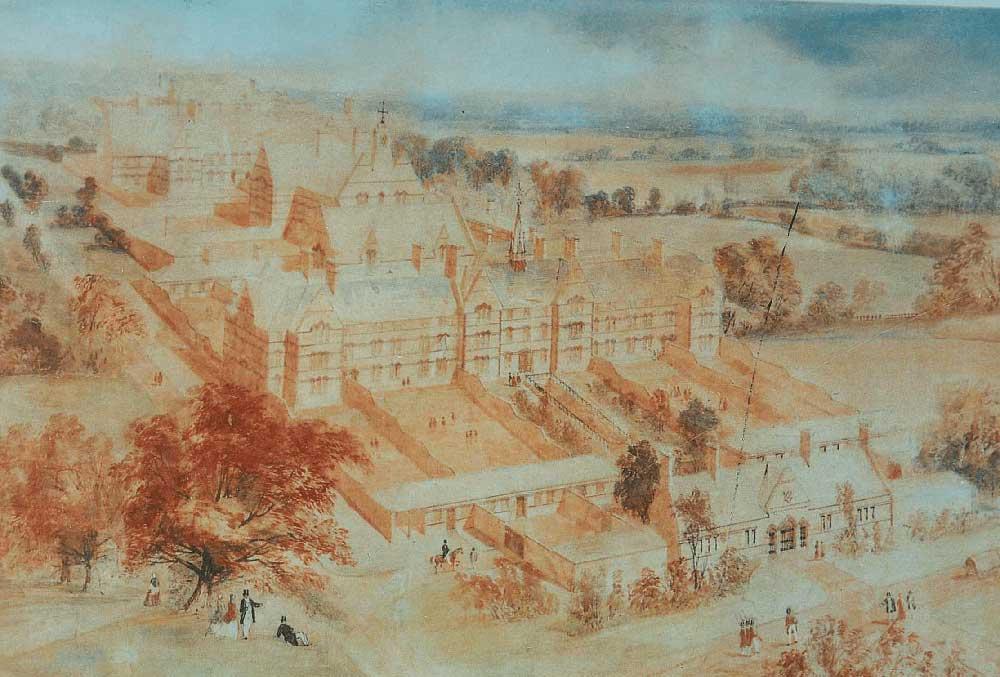