This act was created to try and improve public health and sanitation. The goals of the act were to:

The Local Board of Health in Chatham

The act helped build the first Central Board for Health, but they only had limited powers. The local council was still responsible for enforcing the changes.

In areas where the death rate was above 23 people per 1000, a local board of health had to be set up. Chatham was one of these areas. In 1848, maps of the streets in Chatham town centre were drawn up by the local board.

The General Board of Health received a report about conditions in Chatham in 1849. It was found that the infant mortality rate was higher there than in other parts of the country. The most common form of disease was fever. 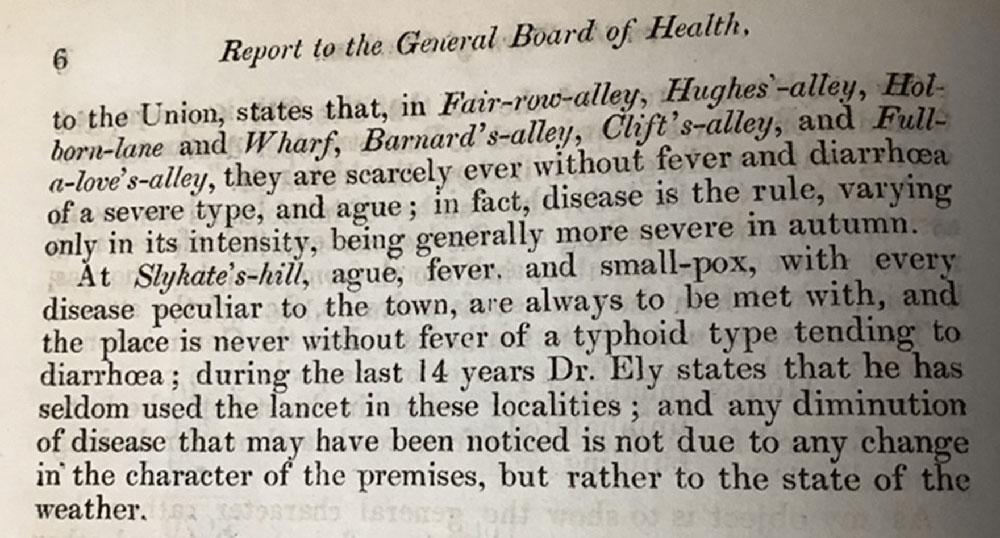