In 1078, Gundulph, Bishop of Rochester, founded St Bartholomew’s Hospital (St. Bart's) for lepers. It was built outside Rochester's city walls as leprosy sufferers had to be kept away from the public.

At first, the hospital’s income was barely enough to support the patients. The hospital started receiving funds from The Priory of Rochester. Altar collections of St James and St Giles in Rochester Cathedral were also donated.

St. Bart's was built on valuable land on the banks of the Medway. As leprosy largely disappeared from England, the hospital fell into decay. The Deans of Rochester still received an income from the lands and property.

In 1847, it was ruled that the hospital funds must be used for charitable use. In 1863 a new St Bart’s Hospital building opened. A gift of £4,000 and an annual donation of £1,000 from the Watts’ Charity helped with the build. The generosity of others allowed the hospital to expand and become home to:

Some of the donors who helped with the new build were thanked by having a ward named after them, wards such as:

Other wards were named after members of the medical staff.

The hospital also had a ‘lock’ ward. This contained 40 beds for women with venereal diseases. Under the Contagious Diseases Acts 1860, prostitutes could be compulsorily held and treated in the ward. Women were locked in and there were reports of them smashing windows in protest.

By March 1870, the women were all moved to a specialist ‘lock’ hospital near Maidstone Road in Chatham. It was not until 1883 that the Contagious Diseases Acts were repealed. After this date women could only be treated as voluntary patients.

At the beginning of the 20th century, the hospital was modernised. A hydraulic lift was installed in 1900, and in 1901 you could order a ‘horse ambulance’ by phone.

A pathological laboratory was established in 1919, followed by further operating theatres and an orthopaedic centre.

When the hospital became part of the new NHS in 1948, it could accommodate 201 patients. In 1998, Medway Hospital took over the care of critical cases. St Bart’s continued to offer specialist rehabilitation services. Eventually the building was deemed unsuitable and the services were relocated. St Bart's closed its doors for good in 2016 as Britain’s oldest surviving hospital. 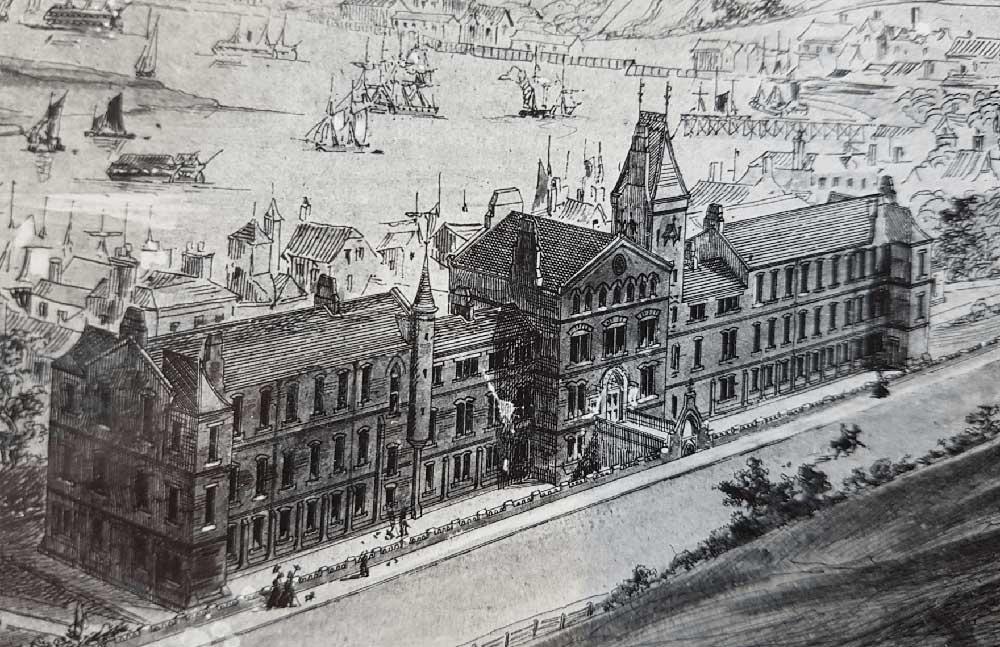