Fort Pitt Hospital was built at the start of the 19th century when Britain was at war with France. It was part of the defence network around Chatham.

The hospital was named after the Prime Minister William Pitt.

After the defeat of Napoleon in 1815 the site became a military hospital. The hospital was used to care for wounded soldiers from the Afghan and Sikh wars between 1815 and 1854.

In 1847 the hospital started to admit patients suffering from mental illnesses.

In 1855 Queen Victoria visited the hospital. She travelled by train to Strood Railway Station and took a carriage to the hospital. She carried out an inspection of the patients on the veranda and then went inside to visit the men on the wards.

Florence Nightingale visited Fort Pitt in 1856 and 1857. She helped set up a medical school at the fort. The medical school did not open fully until 1860. In 1963 it was transferred to the new military hospital at Netley Abbey in Hampshire.

Fort Pitt continued as a hospital during World War 1 and could hold 550 patients.

At the end of 1929 the site became home to the first day technical school for girls in Britain. In 1984 the school became the Fort Pitt Grammar School for Girls and is still there today. 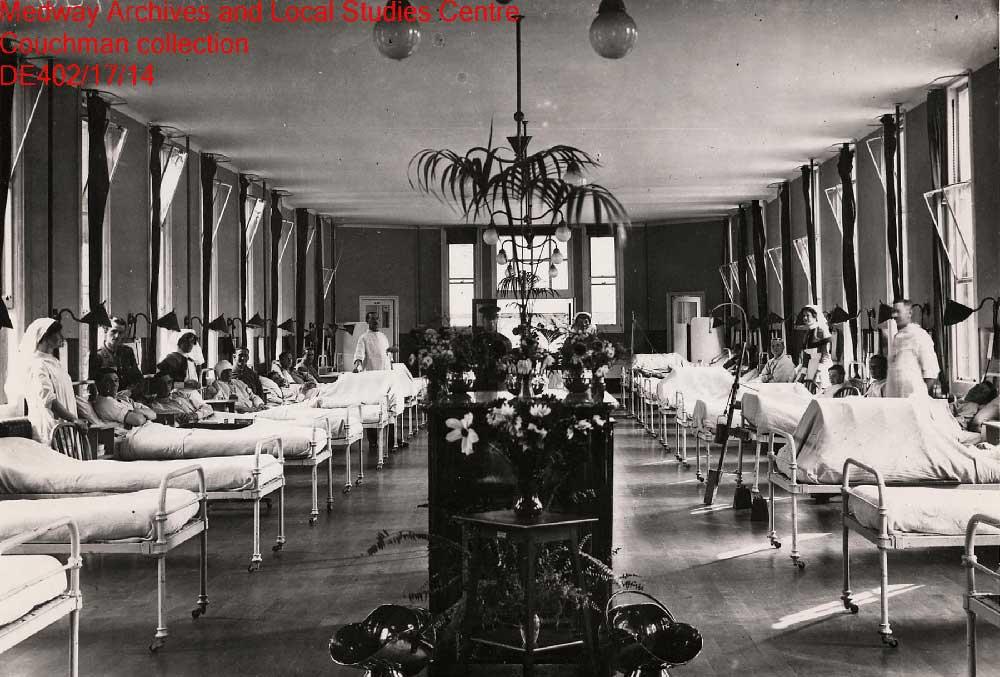