The hospital was built in 1828. This was part of the Royal Navy reform by Dr William Burnett, the Navy’s Physician General. He urged the building and planning of the Melville Hospital at Chatham.

Melville was built to replace the hospital ship Argonaut which had been used since 1797.

The hospital was originally called the Royal Marine Infirmary.

Locally, it was known as the Melville Hospital, after the First Lord of the Admiralty.

A description given in the book - The Navy and Army Illustrated:

"The buildings are of uniform appearance, and are constructed of brick and stucco, the establishment comprising three blocks, containing eighteen wards capable of taking 228 patients, and providing accommodation for ten attendants. Offices are also provided for various service purposes, officers’ quarters, store-rooms, mess-room, two smoking sheds, a conservatory to provide flowers for the wards, laundry etc.’’

Visit the Medway library online to view the full Navy and Army Illustrated.

A report on military hospitals in 1857 commended the Melville for being far superior to the Army hospital in Chatham.

"This hospital has a magnificent appearance and affords proof of its having been wisely planned and efficiently built. Its site, which is upon gently sloping ground, renders it a conspicuous object on approaching Chatham from London….the structure is brick, faced with Portland stone, so that it looks like a fine stone edifice; and it is agreeably ornamented with a massive colonnade, which extends the whole length of the building.’’

Quote from 'Report on the Commission on the organisation of Military Hospitals 1857, chaired by Sidney Herbert'. 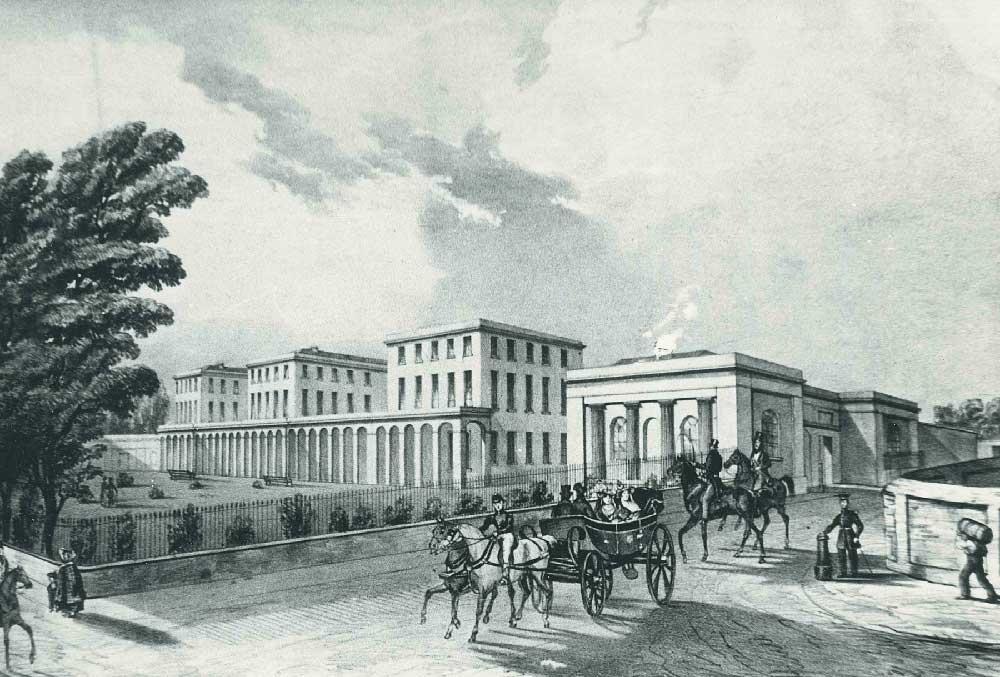