In the early 1900s, the Chatham medical officer of health appointed a female health visitor. Her role was to supervise the poorer class houses.

At the time there was only a male sanitary inspector. They could issue notices to enforce repairs of buildings.

The female health visitor role was created to teach poorer families about:

She could also keep and eye on the physical and moral welfare of the poor.

The post of female heath visitor was first held in Chatham by Florence Potter. She was a highly-qualified candidate as a member of the Royal Sanitary Institute and the Charity Organisation Society.

The Charity Organisation Society was established to make sure donations were distributed correctly.

In 1906 she spoke at a conference on 'The special need for and place of women in sanitary administration'.

She quickly proved herself to be competent and capable. Potter not only worked as a health visitor but also as an inspector under the Factory and Workshops Act. This helped her pay special attention to the homes of outworkers.

It was reported that her work was successful and greatly appreciated by the poor. Her salary was increased by Chatham Town Council in 1904.

Improvements were made to many homes following her reports. Leaflets giving advice were distributed.

The Medical Officer for Health wrote:

"with a large number of people, their faults are the outcome of pure ignorance and incapacity but that the saddest and least hopeful part of the work is the fact that much of the poverty and dirt and crime, and neglect of home and children, is associated with intemperance."

Intemperance at the time meant overindulgence in alcohol.

Florence Potter was one of Britain's first female health visitors. 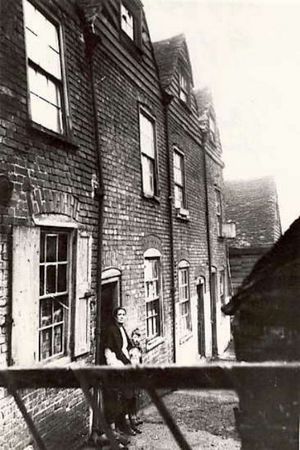