The bubonic plague (Yersinia pestis) first took hold in London in 1665. It spread throughout the country over the following months.

How the infection reached the towns of Medway is uncertain. It's likely that ships arriving at Chatham Dockyard contributed to the spread. It was only after the outbreak subsided that ships were quarantined more effectively.

The image shown below is from a burial register for St. Mary Magdalene's Church in Gillingham. It's a small section from the year 1666 and shows how the plague was affecting the residents.

It reads as follows:

Note the entries for the Davies family. John Davies was buried 4 August with an unnamed son, followed by another unnamed son only two days later. 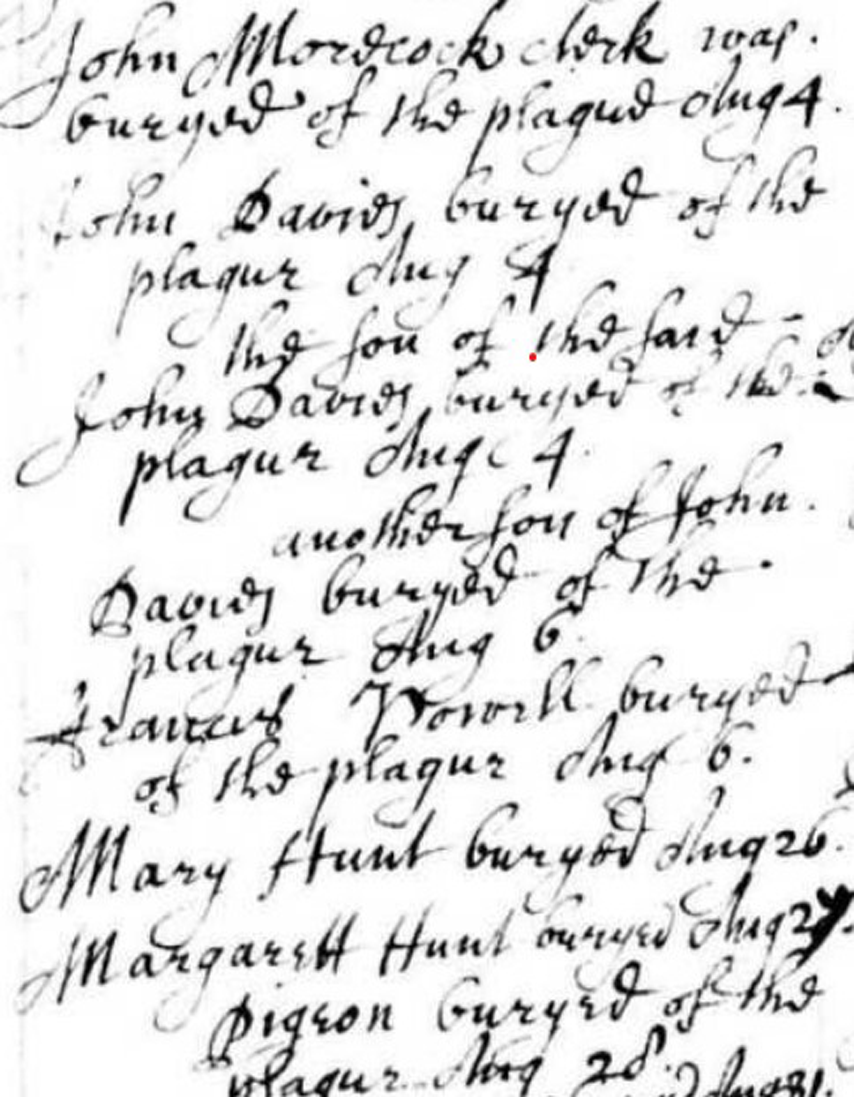