One in three people who caught smallpox died and it left many survivors with disfiguring scars or blindness.

In 1853, the government made the vaccination of all infants under 3 months old compulsory. Some members of the public did not like this and the Anti-Vaccination League was born.

Some felt it violated their freedom to decide what was best for their children. Others argued that it was ineffective or dangerous.

With vaccination still new, there were examples of cross-infection and death.

Charles Washington Nye was a watchmaker from Chatham and one prominent campaigner.

Two of his children died following their smallpox vaccinations. He was convinced the vaccine killed them despite cholera being listed as the cause of death.

He refused to have any of his other children vaccinated.

From the 1860s to 1880s Nye was repeatedly convicted in the courts. He refused to pay fines and instead served sentences in Canterbury and Maidstone Gaols.

Nye’s family suffered financially through his absence from work. He also sustained injuries to his hands whilst wheeling stones in prison.

The handles of every barrow that I wheeled were stained with my blood."

His family were supported by the Anti-Vaccination League.

When he left prison in 1878, he was greeted by well-wishers at Strood Station. He travelled home in a carriage drawn by four grey horses, accompanied by a brass band and torchbearers.

Some people sympathised with Nye whilst others saw him as a deterrent for breaking the law. Most people obeyed the law, and many had to show they had been vaccinated for work.

It was only in 1898 that an act passed that allowed parents to legally say no to the vaccination of their children. 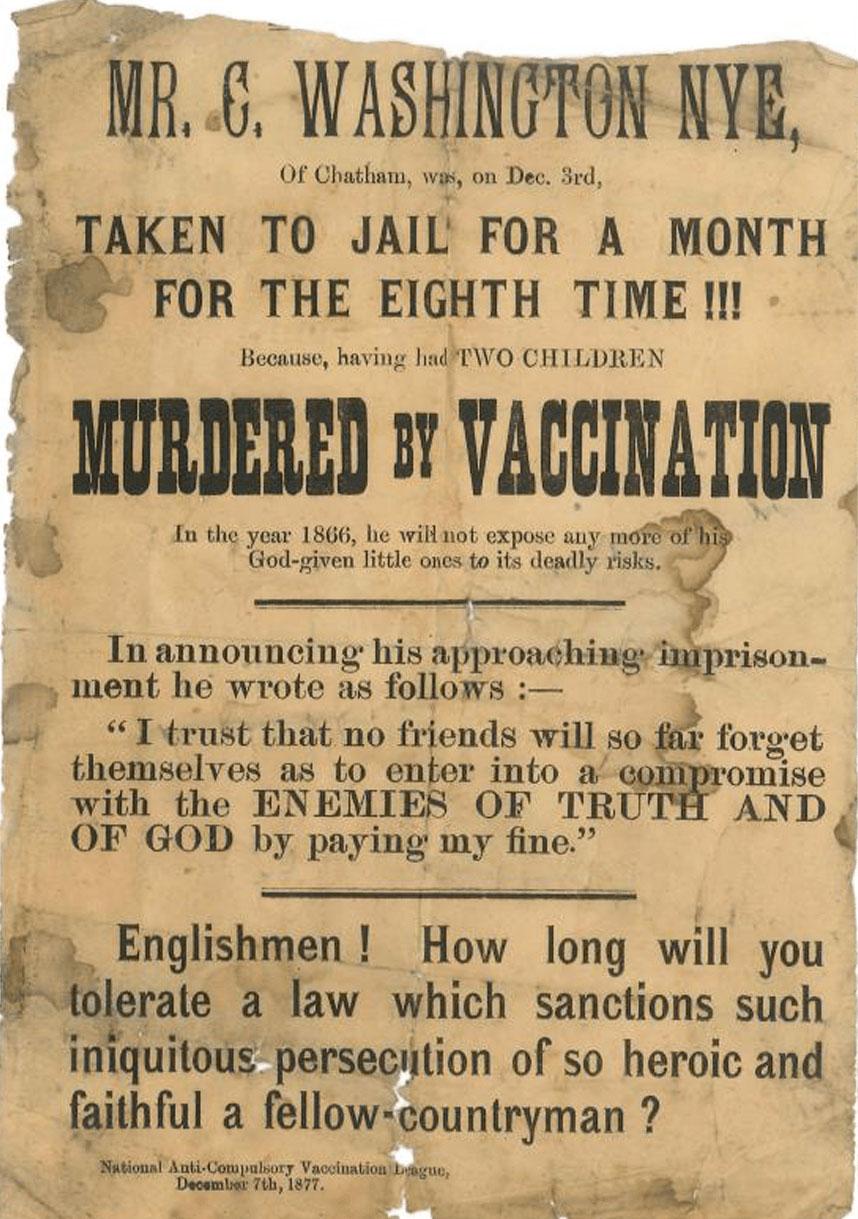