Several outbreaks of smallpox in Chatham were seen in 1902. All of them were dealt with according to set procedures.

The epidemic supposedly originated in London the previous year. It spread gradually to North Kent, with the first case being that of a small girl in Whittaker Street, Chatham. She had arrived from an infected house in Essex.

More cases were reported as the year progressed.

Some infections were connected to a group of hop-pickers. Another connection was the large crowd who gathered at a bicycle carnival in the Luton area.

As soon as a case was detected, the patient was moved to the isolation hospital on Dark Lane in Rochester.

The Admiralty ordered that the gunboat Raven be fitted as a temporary infectious hospital ship. It was moored at an isolated spot on the River Medway below Gillingham Reach.

Everyone that has been in contact with an infected person was vaccinated by public vaccinators. This was usually done within a few hours.

The house or accommodation was then thoroughly fumigated with formic aldehyde and sulphur. All bedding and clothing that was likely to be infected was also burned. A steam disinfector was also used for items that could not be burnt.

If necessary, other members of the family were not allowed to go to work or school. They were kept under observation until after the incubation period had ended. Food was delivered to them by a Corporation of Chatham officer.

In some cases, family members were sent to the quarantine ship on the River Medway.

Only 91 cases and 17 deaths of smallpox had been reported in Chatham by the end of 1902.

A quote, found in the Annual Medical Report (31 December 1902), from the chief medical officer for Chatham said:

Much of the success which has attended the efforts made to check the spread of smallpox is due to the loyal co-operation which I have received from every member of the Sanitary Staff." 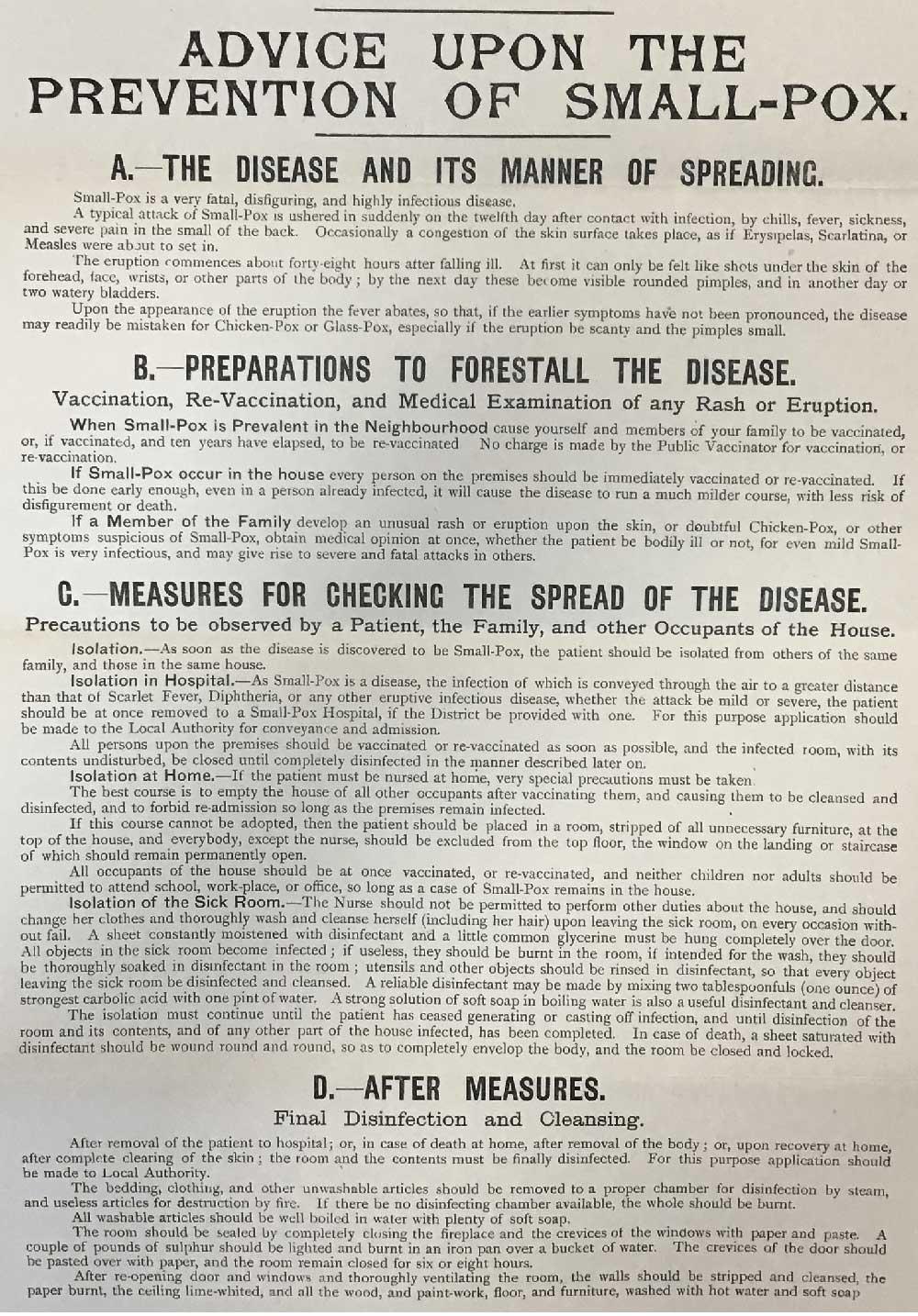