Typhoid is a bacterial infection that is often spread when contaminated human waste infects a water supply or food.

It was a major cause of death in England, but as sanitation improved, outbreaks became less frequent.

In 1912 there was an outbreak of typhoid in Strood. It was an unusual outbreak in that it was concentrated within certain areas of Strood, with only 1 case in Frindsbury.

In total, there were 73 cases. Of those, 47 were children and young people aged between five and 20.

The first case was reported on 2 August 1912 at Alma Place. There was then a concentration of cases around the middle and low parts of Strood.

The hardest hit was the low area between Cuxton Road and Janes Creek.

A report in the Chatham News on 17 August 1912 said that the residents believed the sewage filled mud and the refuse tip in the area caused millions of flies. They believed it was the flies who spread the disease.

It's in the water

The authorities concluded that the typhoid was waterborne. Scientific analysis and a spot map showed the cases were linked to a contaminated water supply.

They discovered that those in the lower areas of the town were affected the most.

The residents of the area were also poorer and more vulnerable to the disease.

Dr Wheaton, one of the medical officers of the Local Government Board, advised the use of chlorus.

Chlorus was believed to destroy any possible germs in the water.

By 7 September the outbreak was declining. The Chatham News then reported people were complaining of spoilt dinners and stomach upsets. Some people even said that the water chlorination was worse than typhoid.

To fix this, a dechlorinating plant was built. It filtered water through sand and charcoal.

The photo below shows children collecting water from the private well at Lyles’ Mineral Water Works in Frindsbury.

Lyles placed an advert in The Chatham News on 14 September 1912. They wanted to reassure the public that their water was "of excellent character, very bright and clear and quite satisfactory". 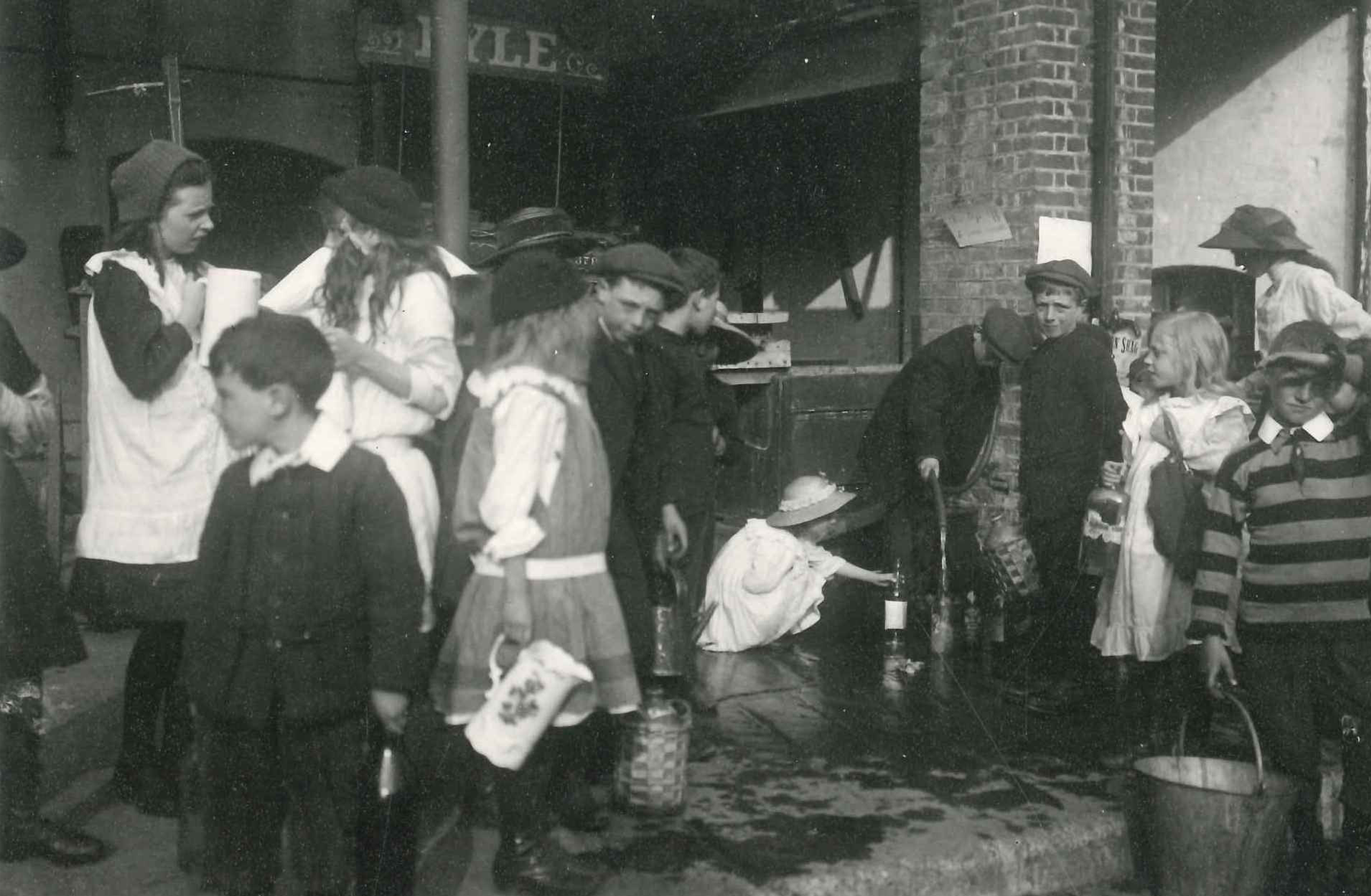