The use of chlorus to disinfect the water was only one of the measures put in place to control the outbreak. Those affected were sent to hospital.

The Rochester Joint Hospital Board said all wards could be cleared at St William’s Hospital and the isolation hospital if needed.

They increased the nursing staff at both sites.

When a patient was discharged, they were given a printed notice about the precautions they had to take when they got home.

Other regulations that were set out for the public included:

The Chatham News reported on 17 August 1912 that the whole urban area on the Strood side was to be out of bounds to all naval and military personnel.

Married soldiers and sailors who lived in Strood were forbidden to return home.

They had to be accommodated in barracks or on ships. Military police and a naval patrol were stationed on the Rochester side of the bridge in the evening.

The order was not revoked until 14 September 1912.

The Chatham News reported on 24 August that visiting at Strood workhouse had been suspended. There was concern the disease would spread to the inmates. 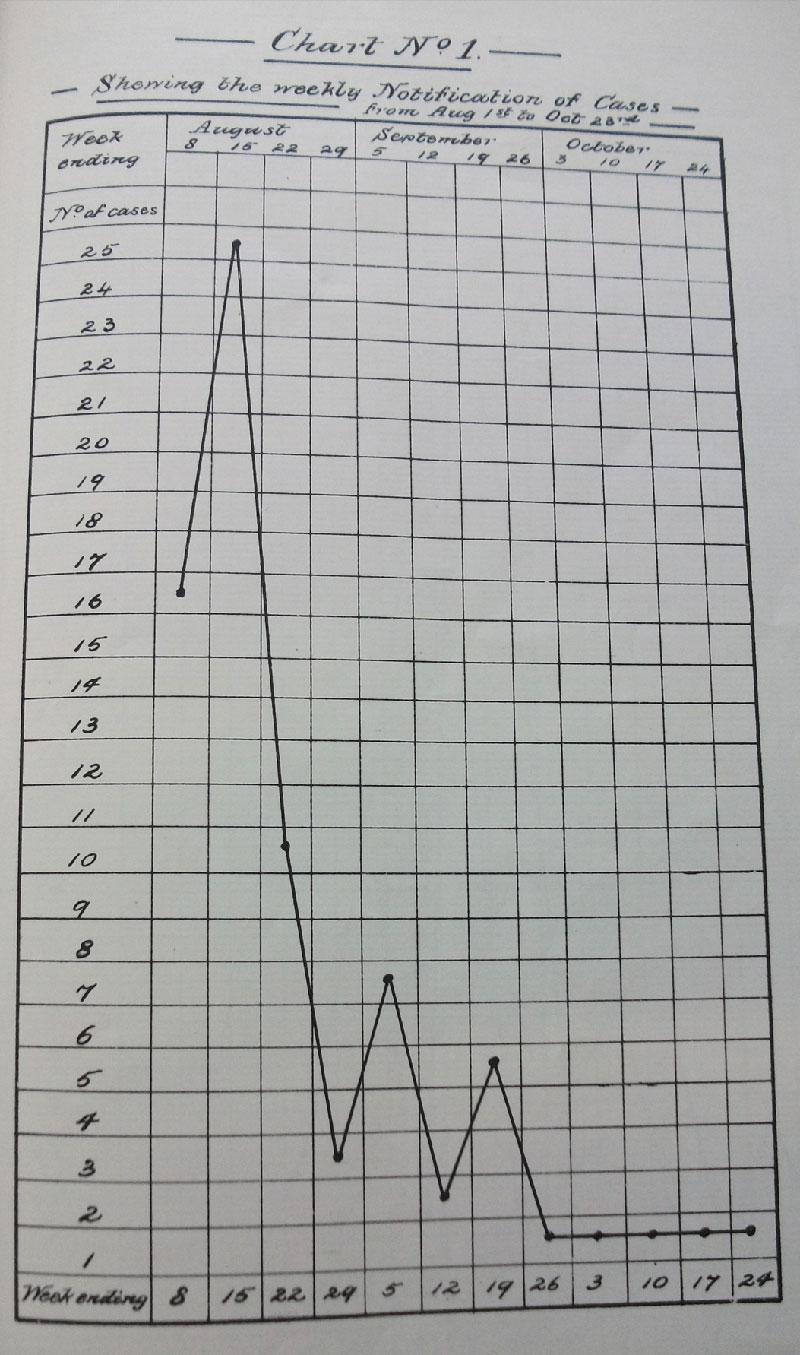 Chart showing weekly notifications of cases of the disease from the report of the medical officer of health into the outbreak of typhoid fever. MAC reference RCA/H1/2