Just like the coronavirus (COVID-19) restrictions, 1918 and 1919 saw the closure of certain venues and restrictions on movement.

Theatres such as Barnard’s Palace closed to the public and cinemas refused to admit children.

Barnard’s closure did not last long when they saw that their competitors remained open. By the following week Barnard’s had reopened, but not without an incident.

"Whilst the audience was assembling outside the pit entrance at Barnard’s Palace...an elderly man, evidently a flu victim, suddenly collapsed on the ground…".

Oswald Stoll, manager of the Empire Theatre wrote an article in the Chatham News criticising the restrictions.

He said that places of entertainment were not to blame for the spread.

Stoll argued that: "people with influenza go home and stay there. If, feeling seedy, they enter one of these places, they leave it feeling revived. They neither take nor leave influenza there. This epidemic is not the effect of attending comfortable places of entertainment".

Many schools stayed shut with an increasing number of teachers being infected.

A quote from The Chatham Observer, 26 October 1918, said: "In Chatham the schools have been largely depleted by the scourge, but it has not been found necessary to close them at present."

Gillingham schools were closed for a fortnight with similar action taken at Rochester.

Rochester’s mayor, Col H d’Arch Breton, was concerned about the spread of the disease on overcrowded trams.

He wrote to the tram companies asking for standing to be banned during the epidemic and that ventilation be enhanced on the carriages.

Gillingham Council went further than the other two local authorities. They placed a notice in the Chatham Observer with the precautions that should be followed.

The focus of the message is very similar to our current restrictions and regulations.

There was one main difference between then and now. It was a local not central government instruction. 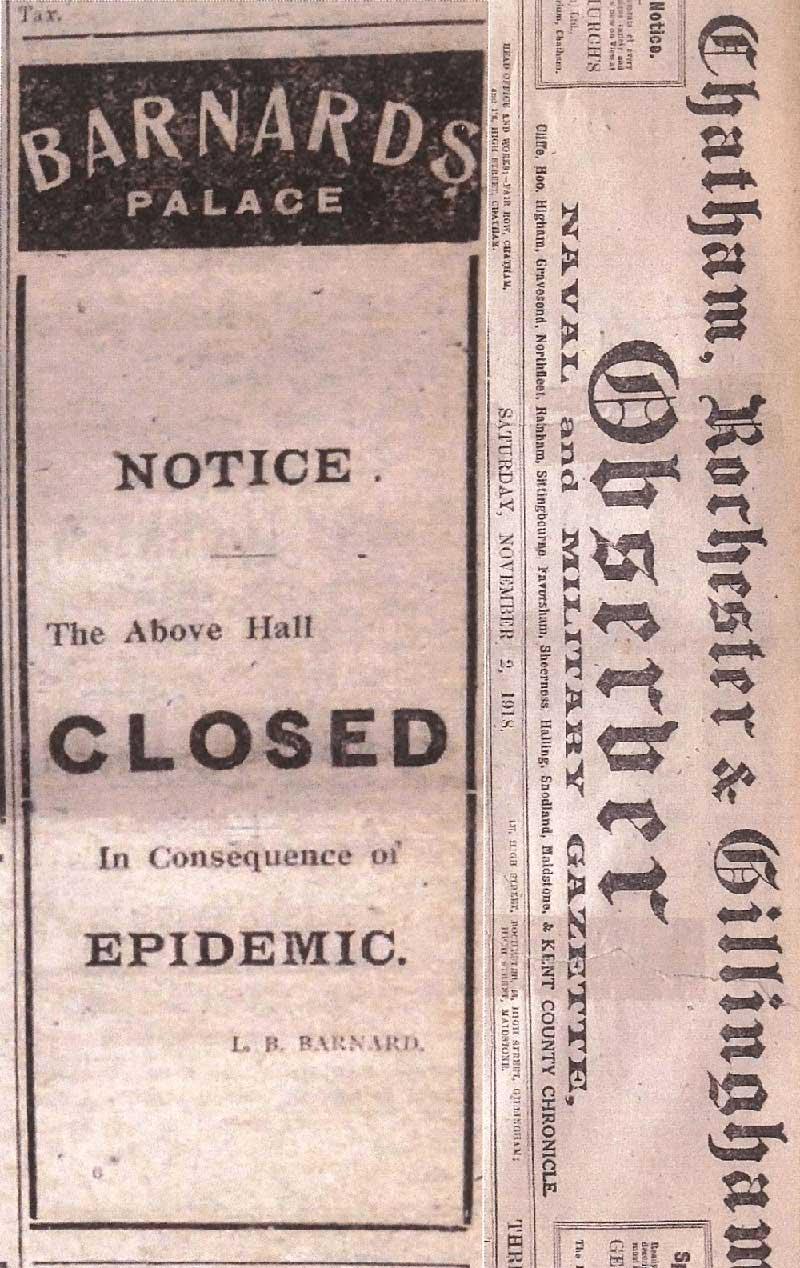