About our creative companies

We got in touch with our creative companies to find out more about them.

Play on Words theatre was formed in 1990 and is run by actors and directors Aidan Dooley and Miriam Cooper.

We are an award winning production company, including an Edinburgh Fringe First for the play Tom Crean, Antarctic Explorer and an Off West End Theatre nomination for a one woman show, Prostitutes Marry in may formerly 'Sister Queens'.

The company has worked extensively, both on an international and local level, touring productions as far as Ireland, America and Australia.

The company pictured below, includes: 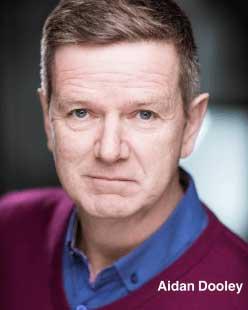 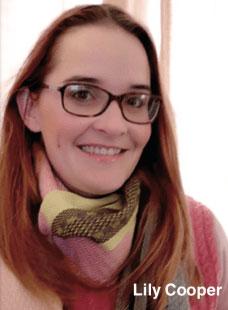 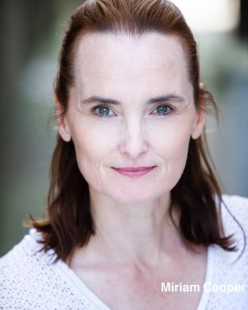 The Play on Words community tours to festivals and schools with a vast array of shows and workshops, from science to Shakespeare. They also run Play on Words Young People’s Theatre, Play on Words Activate Classes for trained actors, and Drama Summer Schools at The Brook Theatre.

What they do at the theatre

They have produced and performed numerous professional productions in Medway. Some of which include: 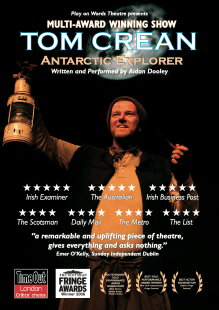 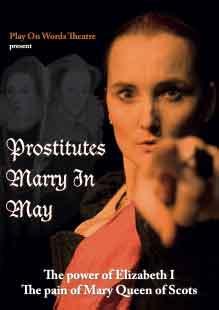 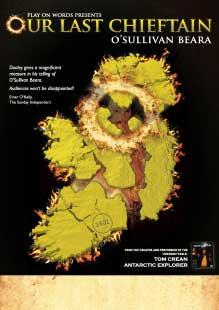 The company has co-written, produced, and performed the Children’s Christmas Shows for 3 to 6 year olds at The Brook Theatre for the last 10 years with Icon Theatre and Loop Dance Co.

Also, productions of Galway Girl by Geraldine Aron and Melody by Deirdre Kinahan. 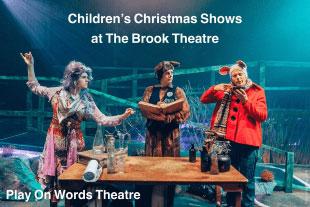 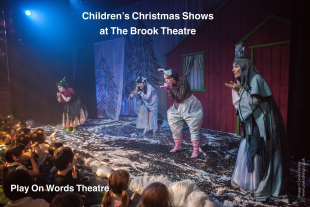 They have performed in The Dickens Summer Festival, The English Festival, The Will Adam’s Festival and most recently created a short film for Dickens 150 Online Festival.

They have also worked with the Guildhall Museum and East Gate House in Rochester, on various educational projects.

In the last year they have written and performed Spirit of The Bridge for the Rochester Bridge Trust, to accompany their exhibition in the Strood Archive and Kent Museums.

Over the past 4 years they have co-written and performed the Summer Science shows, Doc Yard and Bunsen at the Historic Dockyard Chatham.

They have performed on the wonderful Light ship, LV21 and at Cobham Hall.

They have toured Medway and Kent schools with their production The School for Bravehearted Botanists, in association with the Medway Valley Countryside Partnership.

They have run a Baby Rave Festival Raving Babies for young parents and their young children and immersive themed workshops for crafters with Carry on Crafting at The Brook Theatre.

They have been based at The Brook Theatre for nearly 15 years and have run drama classes for 20. Associate Artists: Balvindar Sopal and Mark Conway

Square Pegs Arts is an award winning charity that offers theatre and arts based opportunities for children, young people and adults who have learning disabilities and autism.

We have been successfully running regular drama groups, a singing group and music projects, producing theatrical productions, running film projects and various other creative activities in Kent and Medway for over 15 years.

We use drama, music, movement, and other creative methods to develop confidence, self-esteem, communication skills and wellbeing. We celebrate difference, nurture friendships, and create supportive and caring environments where everyone feels valued, respected and feel a real sense of belonging. We support our young people to fulfil their potential and shine as individuals, whilst being part of the Square Pegs community.

They have a strong volunteering programme. They also offer training and development opportunities which is an important part on their work. 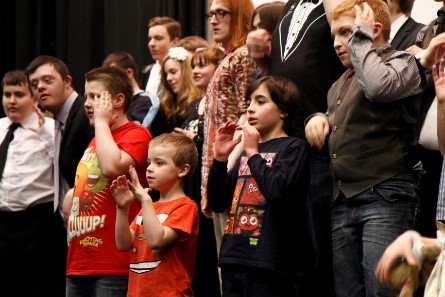 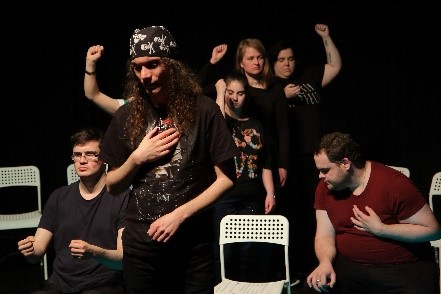 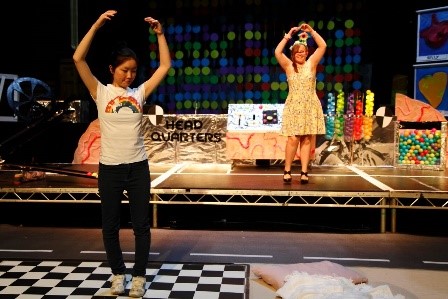 Their theatre company is based at The Brook Theatre. They rehearse weekly, make work, and perform in the theatre. They aim to challenge perceptions by making bold, original theatre with the voices of our learning-disabled artists at the heart.

Their theatre company previewed their first show in 2019 Head Shoulders Knees and Autism. This was an original piece that explored autism and challenged the audience to grow in their understanding of the autistic mind.

Their Maidstone based drama groups perform their annual shows in the theatre too. These have included adaptions of Charlie and The Chocolate Factory, Alice in Wonderland, Giraffes Can’t Dance and The Twits

They've been based at The Brook Theatre for 4 years.

Find out more on the Medway Little Theatre website

Spotlites at Kings Theatre is a professional theatre company based in Kent that specialise in innovative theatre for young people.

The company also runs Spotlites Youth Centre and runs 18 theatre, dance, singing and technical workshops for young people and has performed across many theatres including at the Edinburgh Fringe Festival.