William left Chatham and carried on working as a tailor in London. He married Ann Marshall at St. Martin in the Fields on 24 May 1819. Sadly the marriage was a short one, as she died soon after.

He married his second wife Ann Broomhead at St. Martin in the Fields in February 1825. Their only child, a daughter, was born in April 1826. She was named Ann Juliana Cuffay. The fact that they returned to Gillingham for the baptism shows that William still had a strong family connection to the Medway Towns. Ann died shortly after this, and in May 1827 William married for a third time. His wife Mary Ann Manvell was a straw hat maker. 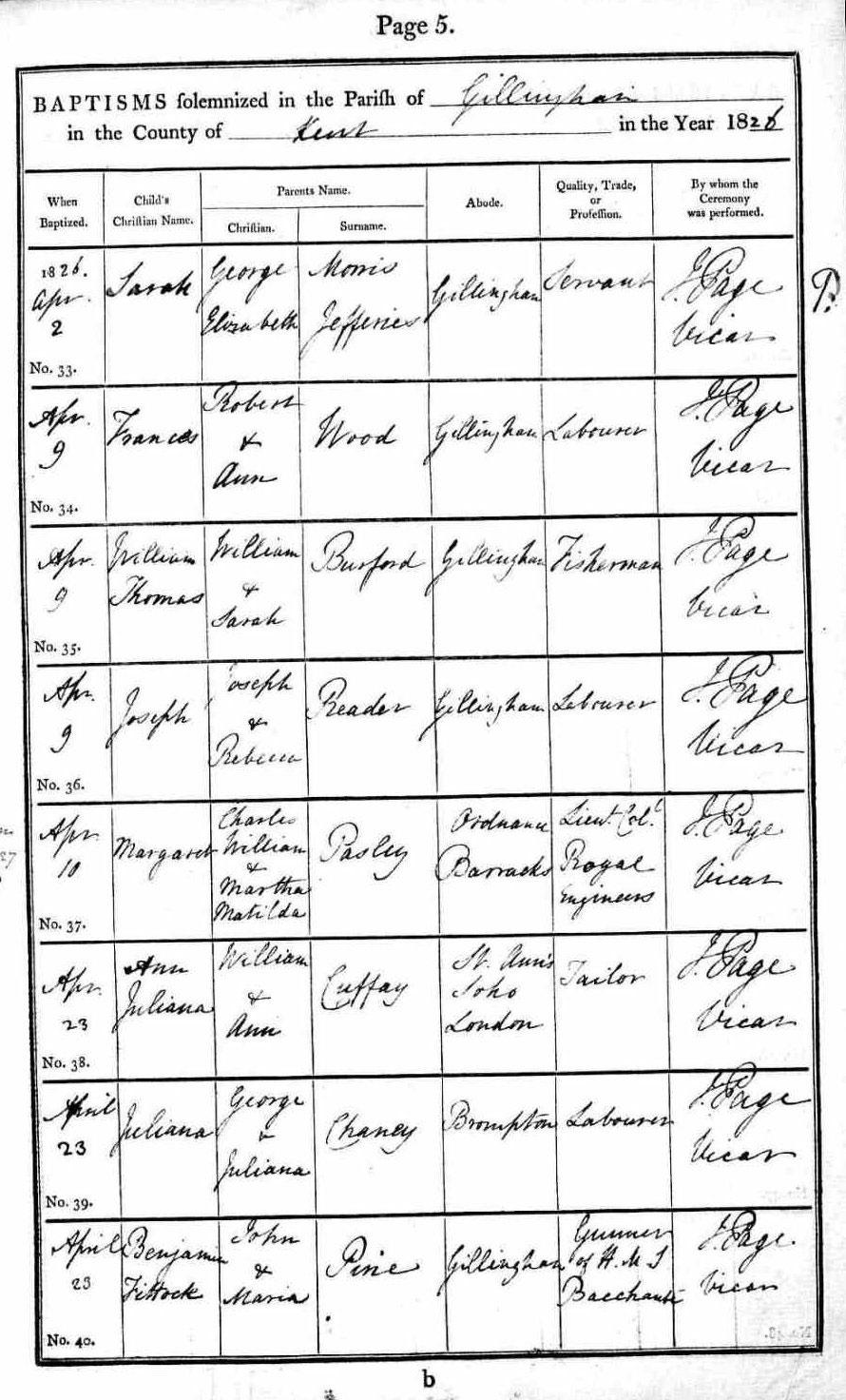