William Cuffay and a small group known as the Physical Force Chartists had not given up. They formed an ulterior committee to put into practice their belief in direct action. It was this that led to his arrest on 16 August 1848.

The charge against the 6 indicted chartists was that they ‘did imagine, invent, devise and intend to levy war against Her Sovereign Lady the Queen, within that part of Great Britain called England, in order by force of arms to compel her to change her measures and Government’.

They were all found guilty after a 5 day trial in September 1848. They were imprisoned in Wakefield for a year and then transported to Hobart on the prison ship Adelaide, Australia.

Cuffay’s sentence was reduced to banishment after the intervention of influential friends. In 1856, all political prisoners in Tasmania were pardoned, but he decided not to return to Britain and lived out the remainder of his days in Tasmania where he was held in high regard. He died 150 years ago on 29 July.

William Cuffay was a free thinker, an intelligent and brave man. He worked and suffered for the furtherance of the rights and privileges which we take for granted today. 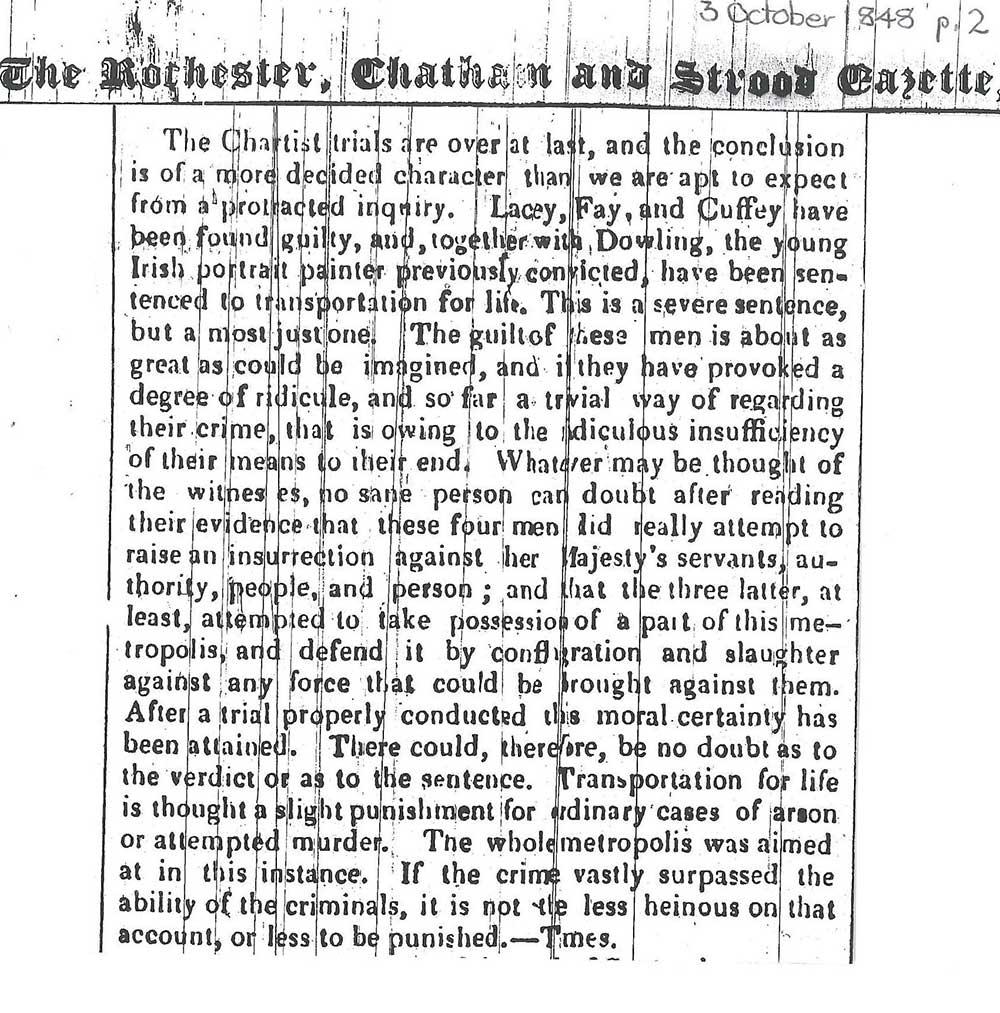