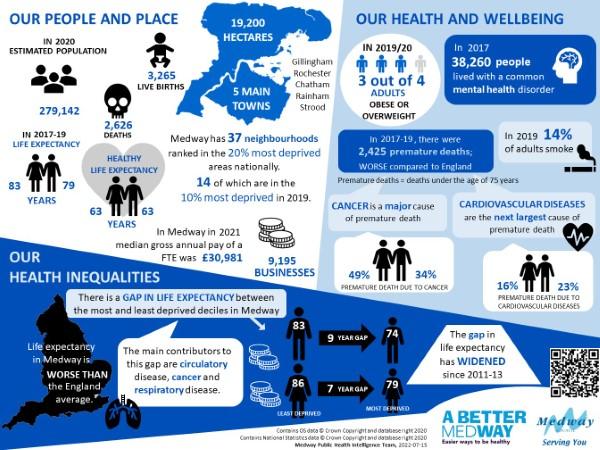 View this infographic as a high-resolution image.

Our people and place

There were also approximately 9,195 businesses in Medway.

Our health and wellbeing

In 2017, it was estimated that 38,260 people in Medway were living with a common mental health disorder.

Life expectancy in Medway is worse compared to the England average.

In Medway, there is a gap in life expectancy between the most and least deprived deciles.

The main contributors to this gap are circularity disease, cancer, and respiratory disease.