Percy made his first visit to Gads Hill Place not long after that auspicious meeting when he recorded in an again undated diary entry, that Dickens drove an Irish jaunting car to meet him and his fellow guests from Higham station.

As was usual with Dickens’ house parties, there was a full programme of entertainment during the visit. As well as cricket and croquet there was a walk to Cobham, after which like many others, Fitzgerald admitted that he found it hard to keep up with the swift pace set by Dickens.

On the second day of their visit Dickens acted as

Cicerone round Rochester - its noble old castle, where we sat among the ruins, he cracking pleasant jests as Jingle did..., thence on to the "Bull" and the ‘Seven Poor Travellers Hospice’ (Watts Charity, Rochester High Street)

Of the latter he said:

How wonderfully, by the charm of his magical touch and a few lines from his pen, did he give a sort of celebrity to a hitherto obscure almshouse

(A reference to Dickens' short story "The Seven Poor Travellers")

This was the first of many such visits, which sometimes included his mother and sister. 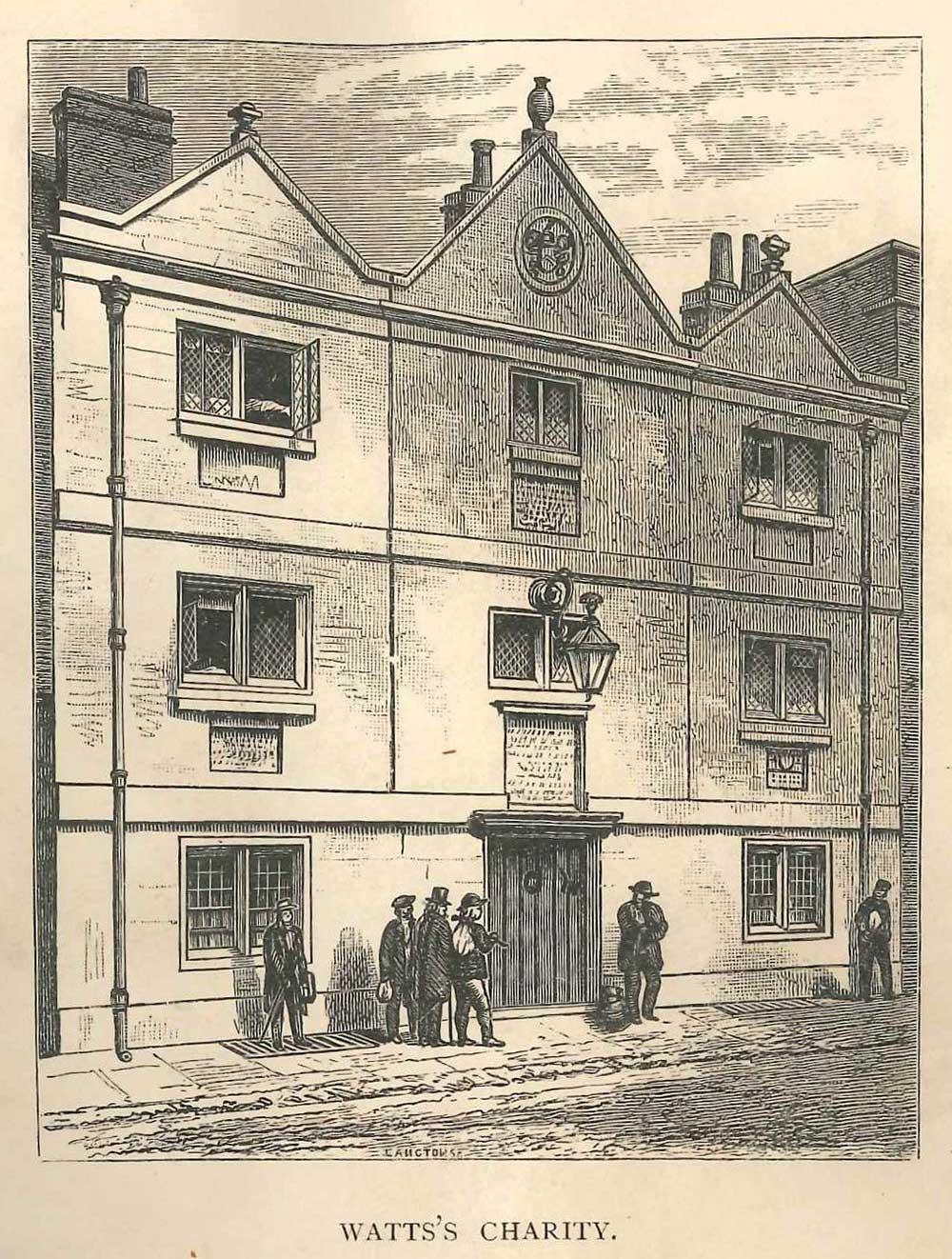 Etching from Rochester and Cobham: a scrapbook in the Percy Fitzgerald Collection, volume 226