Charles Dickens was a man who needed to know that he was loved and as far as Percy Fitzgerald’s life and writings were concerned, he could have been left in no doubt that this was the case. His biography, "Memoirs of Charles Dickens" was finally published in 1913, over forty years after Dickens' death and when few of their contemporaries were still alive. It was not well received by the critics and he felt this criticism keenly and wrote:

I suppose I have laid myself open to it all, but I did know Dickens and I did love him, and an old man garrulous about happy old days and old happy loves ought not to be a subject of ridicule.

He died in 1925, some fifty years after his idol and also after many of his contemporaries. Although it was generally felt that he had 'outlived his time' his obituary in The Dickensian, pointed out that:

he served well in the vineyard of English Literature, and for all his faults (he was careless to a degree), he was some forty years ago, by no means one of the least considerable figures and influences in the literary life of England.

He is buried in Glasnevin Cemetery in Dublin. But unlike Michael Collins, Sir Roger Casement, James Joyce and others, he is not included in a current list of the 'notable persons' buried there. 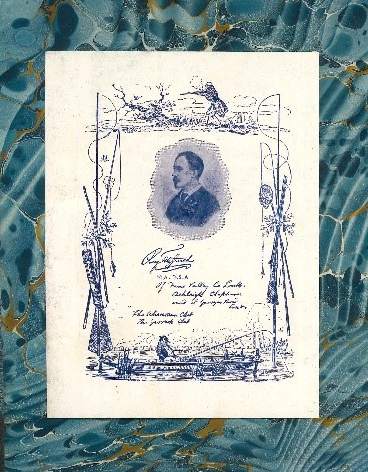