One of the foundations of the friendship between Dickens and Fitzgerald was their mutual love of dogs.

Dickens always kept a large family of dogs, which according to his sister-in-law Georgina Hogarth, he needed: "for protection against the numerous vagrants along the Dover road".

Fitzgerald gave Dickens ‘a great Spanish Hound’, also known as the ‘Unhappy Mastiff’, which he called Sultan. Dickens, of course wrote about the dog’s misadventures in his letters to Fitzgerald:

Sultan has grown immensely ...he is so accursedly fierce towards other dogs, that I am obliged to take him out muzzled" ...he has an invincible repugnance for soldiers, which in a military country is inconvenient.

The other night the gardener fired at some man in the garden, upon whom he came suddenly ...I unloosed Sultan and hunted the vagabond ...the intelligence of the dog and the delighted confidence he imparted to me as we stumbled across country in the dark were quite enchanting. Two policemen ...had a narrow escape. As he was in the act of flying at them, I was obliged to hold him around the neck with both arms like the little boy in the snow with the St Bernard dog, grown up’….

Unfortunately, Sultan behaved badly once too often and had to be shot after he had bitten a small girl who was walking along the road at the front of Gads Hill Place, although Dickens still thought:

He was the finest dog I ever saw and between him and me there was perfect understanding. 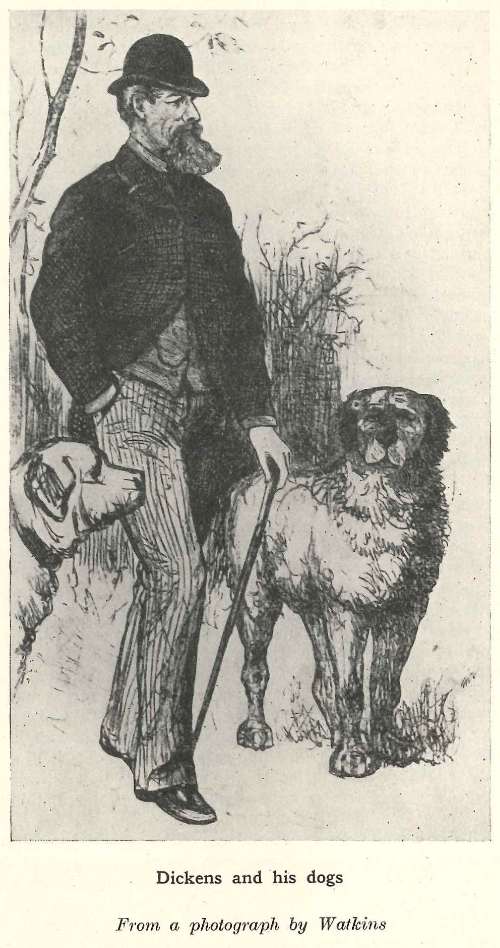