Charles Dickens left instructions that a few close friends should be allowed to choose a small personal keepsake after his death. Fitzgerald chose a small ivory paperknife, which he used for the rest of his life.

After 1870, much of his literary output was devoted to the study of Dickens’ work. He was regarded as an authority on 'The Pickwick Papers' by J.W.T. Ley writing in The Dickensian in 1913, - how fitting that he used a facsimile of the cover of The Pickwick Club magazine as his bookplate.

Other titles include The History of the English Stage, The Story of Bradshaw's Guide and Fifty Years of Catholic Life and Social Progress in England.

In all he published some 300 books and set songs to music, wrote sketches and verse. One of his poems “Boz’s Chair” refers to the seat regularly used by Dickens in The Athenaeum Club in London. 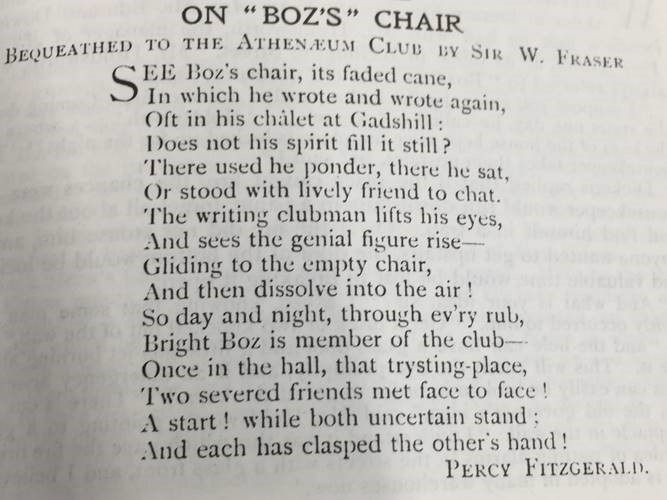